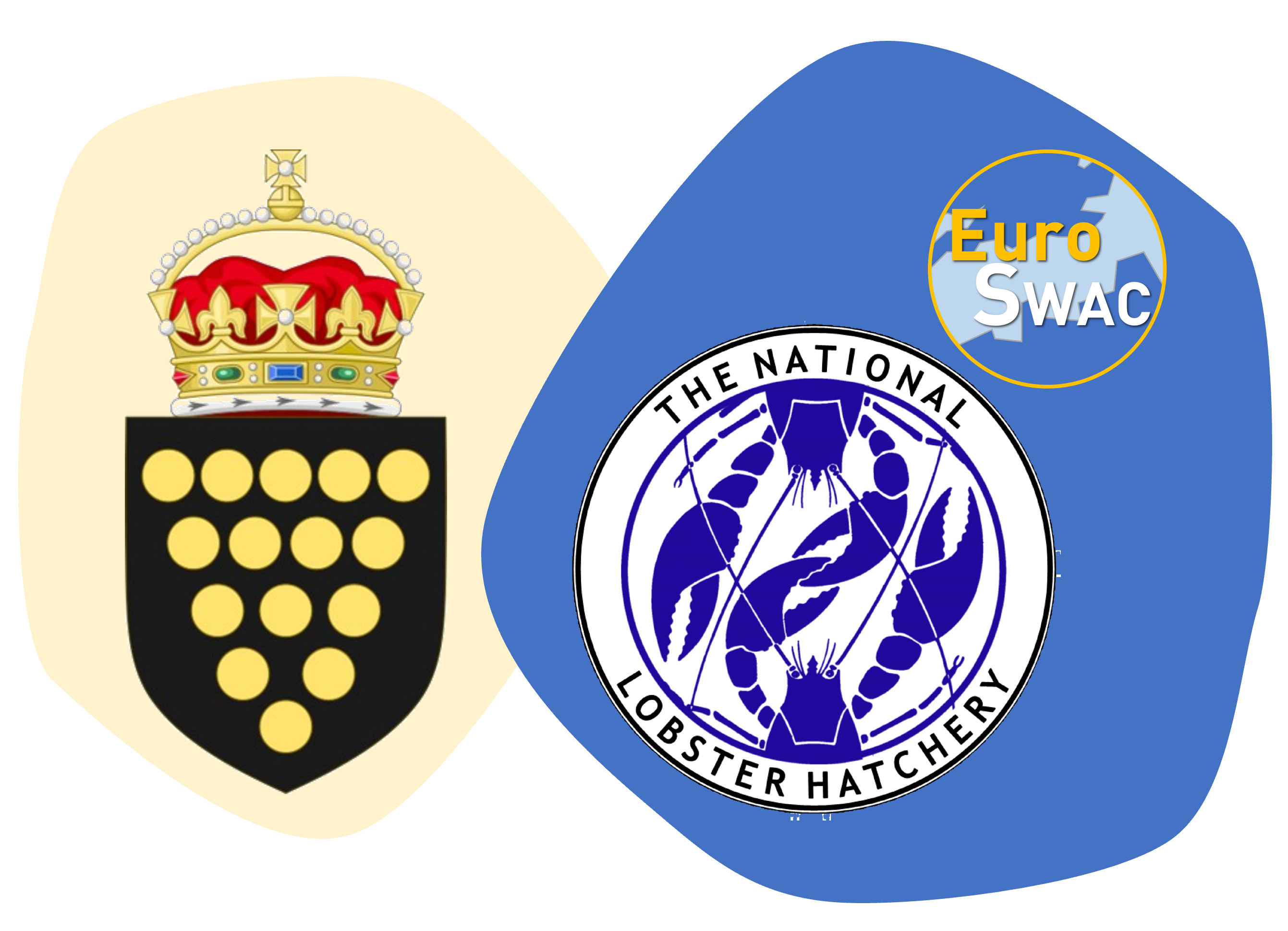 The National Lobster Hatchery (NLH), EuroSWAC Partners, were honoured to be invited to Newlyn Harbour on Monday 18th July 2022 for the grand occasion of meeting Their Royal Highnesses, The Duke and Duchess of Cornwall.

The NLH had a small stand located alongside the quay that runs adjacent to Newlyn Harbour Fish Market, it was here that Dr Carly Daniels, Head of Production, Science and Development and Hatchery Technician Theo Johns met Their Royal Highnesses. Dr Carly Daniels set out the context for the NLH’s work as a marine conservation charity, discussing the charity’s European lobster stock enhancement programme and the NLH’s current involvement in pioneering renewable energy collaboration EuroSWAC.

Without going to the NLH Newlyn rearing facility, Their Royal Highnesses were still able to visualise the Lobster Module after Dr Daniels presented a three-dimensional miniature replica of the containerised hatchery site. The 3D printed model was provided to the NLH by ENSTA Bretagne for use in public engagement events with the purpose of demonstrating how the Sea Water Air Conditioning system will work at the site and to discuss its potential application into the aquaculture sector.

“It was an absolute delight to get the opportunity to meet Their Royal Highnesses, The Duke and Duchess of Cornwall. Theo Johns and I had the pleasure of explaining about the conservation work of The National Lobster Hatchery and our Newlyn lobster rearing facility, which is currently being used as a demonstration site to test renewable energy sources for heating and chilling our lobster tanks under the pioneering EuroSWAC project. We also had the opportunity to show them, close up, some of our tiny baby lobsters we work hard to conserve”

Even though it was brief, the NLH representatives thoroughly enjoyed providing The Duke and Duchess of Cornwall with some insights into The National Lobster Hatchery’s work, why it is so vital to preserve European lobster stocks around Cornwall, and how the NLH are living up to the status as one of the world’s leading experts in lobster science.

The French Club SWAC, Partner of the EuroSWAC

DORIS Marine, the Subsea Engineering Partner of the EuroSwac Project

EuroSwac at the Sea Tech Week

EuroSWAC Public Event – 12th of May